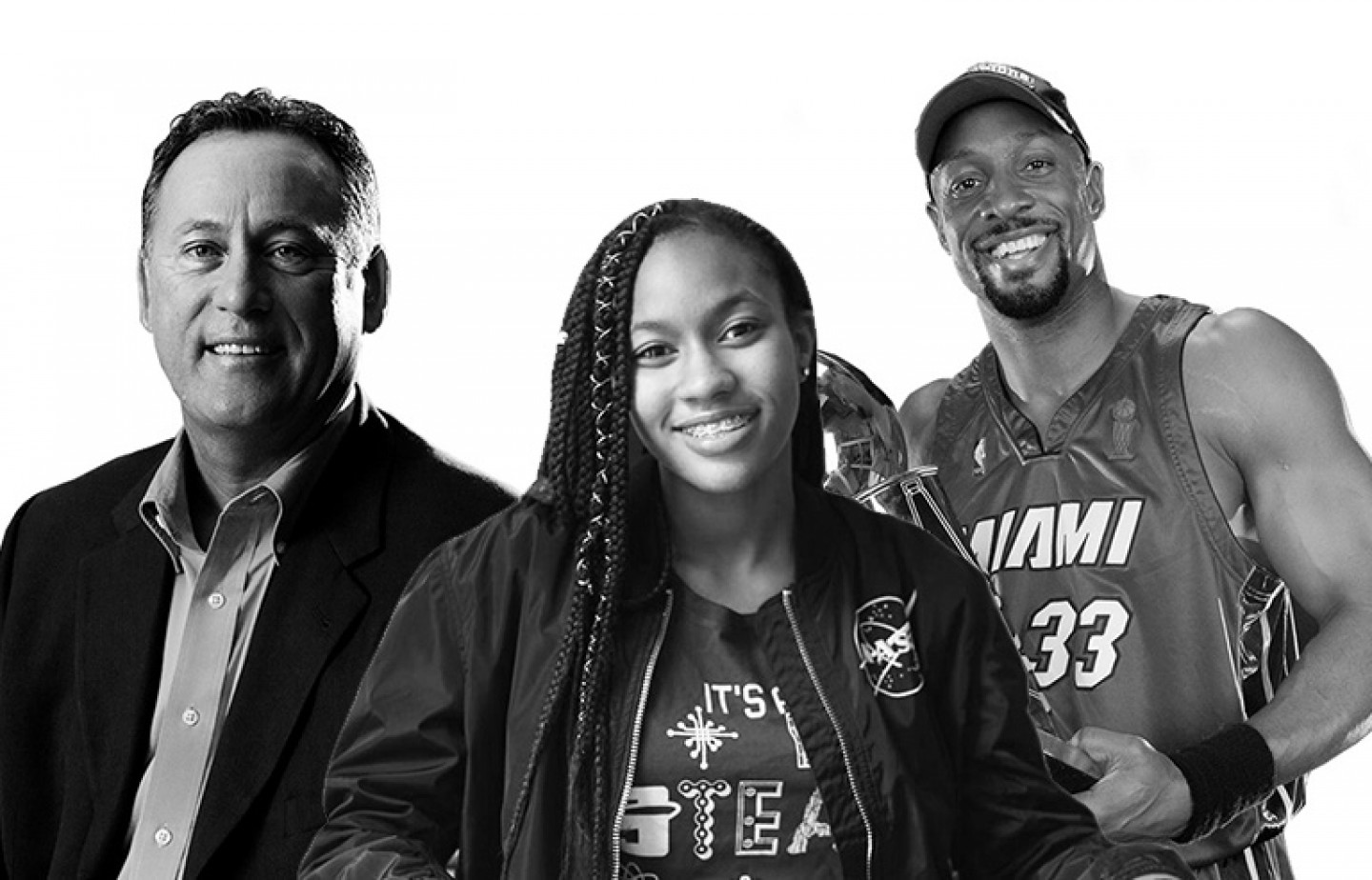 Jason Taylor opened the doors of his non-profit organization in 2004 with the goal of building a better future for area children in need. Nearly 15 years later, the Pro Football Hall of Famer established a Hall of Fame of his own to celebrate individuals who inspire him daily to carry out the Jason Taylor Foundation’s mission.

Joy Taylor, co-host of The Herd with Colin Cowherd and sister of Jason Taylor will emcee this evento along with Jason Jackson, Emmy award-winning television host and courtside reporter for the Miami HEAT.

Proceeds from this event will benefit the Jason Taylor Foundation whose mission is to support and créate programs that facilitate the personal growth and empowerment of South Florida’s children in need by focusing on improved health care, education and quality of life.

“This year’s class featuring Zo, Mr. Milam, and Taylor Richardson is the perfect compliment to last year’s inaugural class of Community Hall of Famers,” said Jason Taylor. “We are all so blessed to have these uniquely special individuals dedicated to making this community stronger, healthier, and more compassionate and they truly inspire not only myself, but all of us at the Foundation.”

For information on partnership opportunities and attending the Jason Taylor Community Hall of Fame Dinner Presented by Z Wealth Solutions, contact the Jason Taylor Foundation offices at (954) 424-0799 or by  emailing info@jasontaylorfoundation.com or visit www.jasontaylorcommunityhof.org.

Allen Milam began a career in the grocery business as a 21-year old stock clerk, learning every aspect of the industry before opening the independent grocery retailer, Milam’s Markets, with his father in 1984 and, with the help of many of his siblings and their children, now operates a total of five stores throughout Miami-Dade County. Allen’s strong commitment to community and service has driven Milam’s Markets to become one of South Florida’s most philanthropic family-owned businesses. In addition to his longstanding support of the Jason Taylor Foundation, Allen and Milam’s have received the Distinguished Donor Award from The Live Like Bella Childhood Cancer Foundation, has been recognized by Best Buddies International for creating an inclusive workplace for people of all abilities, actively supports Nicklaus Children’s Hospital, has been recognized as a Lifetime Friend of the Friendship Circle Miami in striving to provide friendship and inclusiveness to children with special needs, and has been recognized by the City of Miami for decades of civic service, including their call to action in the aftermath of Hurricane Irma.

Alonzo Mourning is a seven-time NBA All-Star, two-time NBA Defensive Player of the Year, and in 2005-2006, helped lead the Miami Heat to their first NBA Championship. In 2014, Mourning secured the crowning achievement to his much-heralded professional basketball career as he was inducted into the Naismith Memorial Basketball Hall of Fame. It is Alonzo’s unprecedented philanthropic efforts, however, that have immortalized him in the hearts of the South Florida community. Since 1997, he has raised more than $25 million for various programs that aid in the development of children and their families, including the 2003 establishment of the Overtown Youth Center, which delivers services that foster hope and promote lifelong
learning and success for inner-city youth and citizens. Alonzo also acts as an advocate for youth initiatives and foster care programs that assist abused, abandoned, and neglected children and, following his own diagnoses with a rare kidney disease, led a campaign to raise $2 million to aid in the research, education, and financial relief of patients who cannot afford medication.

Taylor Richardson also known as “Astronaut Starbright” is a 16-year old sophomore at The Bolles School in Jacksonville. Her unprecedented service and advocacy work has had a profound impact on youth in her community, in South Florida, and across the globe. Taylor’s Take Flight with a Book Drive has collected and donated more than 10,000 books within and outside of the US, and she twice has served as an Eighteenx18 delegate, registering over 150 youth to vote. An internationally known advocate for girls in STEM, Taylor has worked with the likes of Oprah Winfrey, JJ Abrams, and Chris Pine to raise more than $200,000 in the last two
years to help girls attend movie screenings across the US for films including Hidden Figures, A Wrinkle in Time, and Captain Marvel while sponsoring several full scholarships to send girls to Space, Robotics, and Aviation camps across the country. Three years ago, as a seventh-grader, Taylor helped make the introduction that lead The Bolles School to establish a spoken word poetry club that now annually participates in the Jason Taylor Foundation’s Louder Than A Bomb Florida Poetry Festival.

In July 2004, Miami Dolphins legendary defensive end Jason Taylor, established the Jason Taylor Foundation, a 501 (c)(3) organization. The Foundation’s mission is to support and create programs that facilitate the personal growth and empowerment of South Florida’s children in need by focusing on improved health care, education and quality of life.