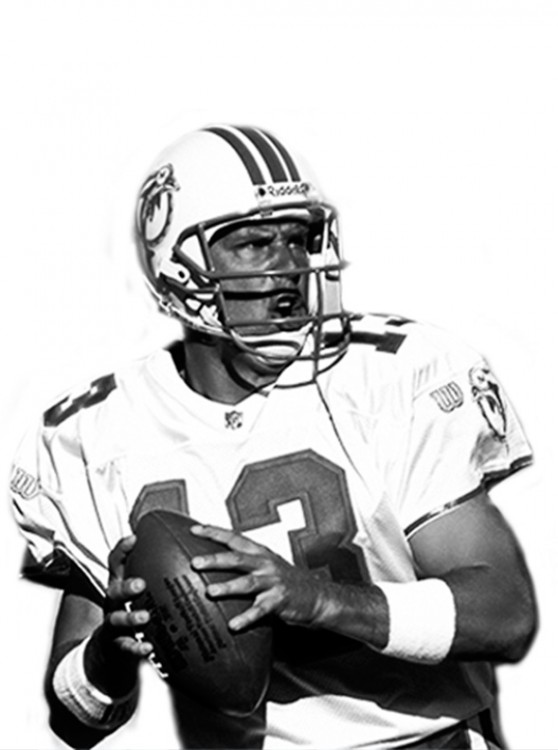 A first-round draft pick by the Miami Dolphins in 1983, Dan Marino became an instant NFL sensation, setting the standard for quarterback excellence. He was named the NFL's Most Valuable Player in his second season (1984) after having the most prolific season by a passer in NFL history. At the time of his retirement, Marino held 25 NFL regular-season quarterback records and was tied for five others. He was inducted into the Pro Football Hall of Fame in August 2005.

Inspired by experiences in raising his second son, Michael who has autism, Dan and his wife Claire became one of the first families to advocate for children with autism. Founding The Dan Marino Foundation in 1992, they have raised over $75 million to provide services and fund first of their kind initiatives including the Miami Children’s Hospital Dan Marino Center, the Marino Autism Research Institute, the DMF Jobs Development Program, and the Marino College. The Marino Campus provides an inclusive, supportive, and welcoming atmosphere where young adults can experience success, learn vital life skills, and most importantly, gain independence.